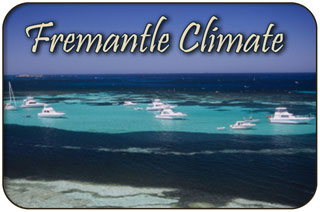 The Fremantle Doctor (The Fremantle Docker) During summer months it consistently blows from the South-West along the southern half of the west coast, starting between noon and 3 pm. It can penetrate as far inland as 100km, reaching York in the early evening.

In Perth, the capital city of Western Australia, and in FREMANTLE the wind is called the Fremantle Doctor because it brings welcome relief from the summertime high temperatures.

On days when the wind fails, the afternoon temperatures of Perth suburbs are considerably higher, often exceeding 40°C (104°F), although this is also attributable to the influence of a strong easterly wind blowing in hot desert air from the arid interior of the state. 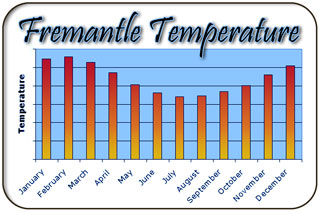 Other months have a weak or non-existent Fremantle Doctor. In the winter months, the land temperature is usually cooler than the ocean temperature, and this sometimes results in the weaker land breeze in the early morning.

Fremantle is home to Black Swans of Western Australia

In Manning Park just bordering South Fremantle there is a large lake named Davilak Lake which is home to many Western Australian Black Swans. Black Swans feature as emblems and decorations on most important public buildings in Western Australia. An example is the tower of the Fremantle Town Hall.

"Aboriginal usage of 'Black Swan'
The Black Swan is well-represented in the toponymy of the south-west. (Toponymy is the scientific study of place names.) One example is Kurrabup (Nyungar language), or ‘black swan place’, being the local Aboriginal name for the Wilson Inlet upon which the town of Denmark is situated in the South West of Western Australia, a few hours from Fremantle." http://en.wikipedia.org