A summary of Indigenous History of Western Australia 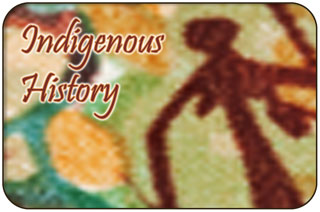 Before European colonisation the Noongar people have been living in the most symbiotic relationship with each other and in harmony and balance with their natural environment.

As evidenced by archaeological findings on the Upper Swan River, the Noongar people, who are the traditional dwellers of the South West of Australia, have been living in Australia for over 45,000 years.

Their culture was already uniquely and richly established with wisdom passing with love and respect down through generations.

"Despite their history of oppression and marginalisation Noongar people have continued to assert their rights and identity. They have a unique, vibrant, identifiable and strong culture existing as one of the largest Aboriginal cultural blocs in Australia. This is no doubt due to the immense strength, support and dynamism of Noongar family groups most of which can trace their lineage back to the early 1800s. In fact most contemporary Noongar people know their ancestry and vast family groups to an astonishing degree." Source: Noongar.org

The story of what happened makes very unpleasant reading, but it is a story that should also be told.

John Host and Chris Owen's book " It's Still in My Heart, This is My Country" won the 2010 Human Rights Literature award. "The award winning book unfolds the largely untold, unknown and assumed extinct history and culture of the Noongar people - the traditional owners of the South West of WA." ~ News UWA

The WA Minister for Culture and the Arts, Mr John Day, said that “the judges felt this book had the potential to alter the path of historical Aboriginal research and that the work has led to a paradigm shift in the way Aboriginal culture and identity are defined and understood. "